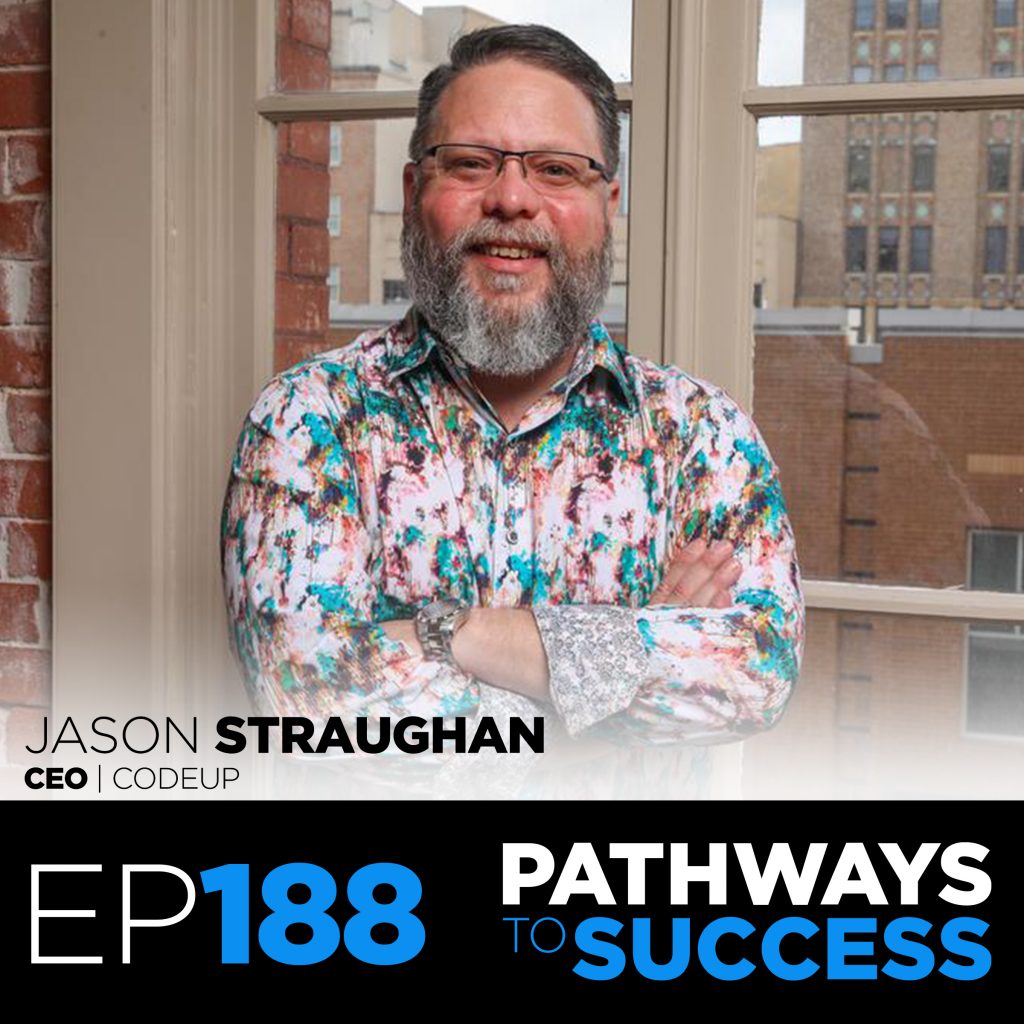 Jason Straughan is the CEO of Codeup, a career accelerator that uses an immersive approach to training software development to students with little to no prior programming experience.

Jason is the former CEO of Grok Interactive and continues to serve as the Chairman of the Board of Directors. He also serves on the Board of Directors and the Executive Committee of Tech Bloc, is an active member in Vistage, a former board member of LaunchSA, a long-time member of Geekdom, TechStars Mentor, and a founding member of the San Antonio Web Developers Meetup.

He has invested in a few local startups including MassVenture and PCSgrades, helped found a few companies including Codeup and Grok Interactive, and enjoys watching Star Wars movies with his kid.

On this episode, we discuss: