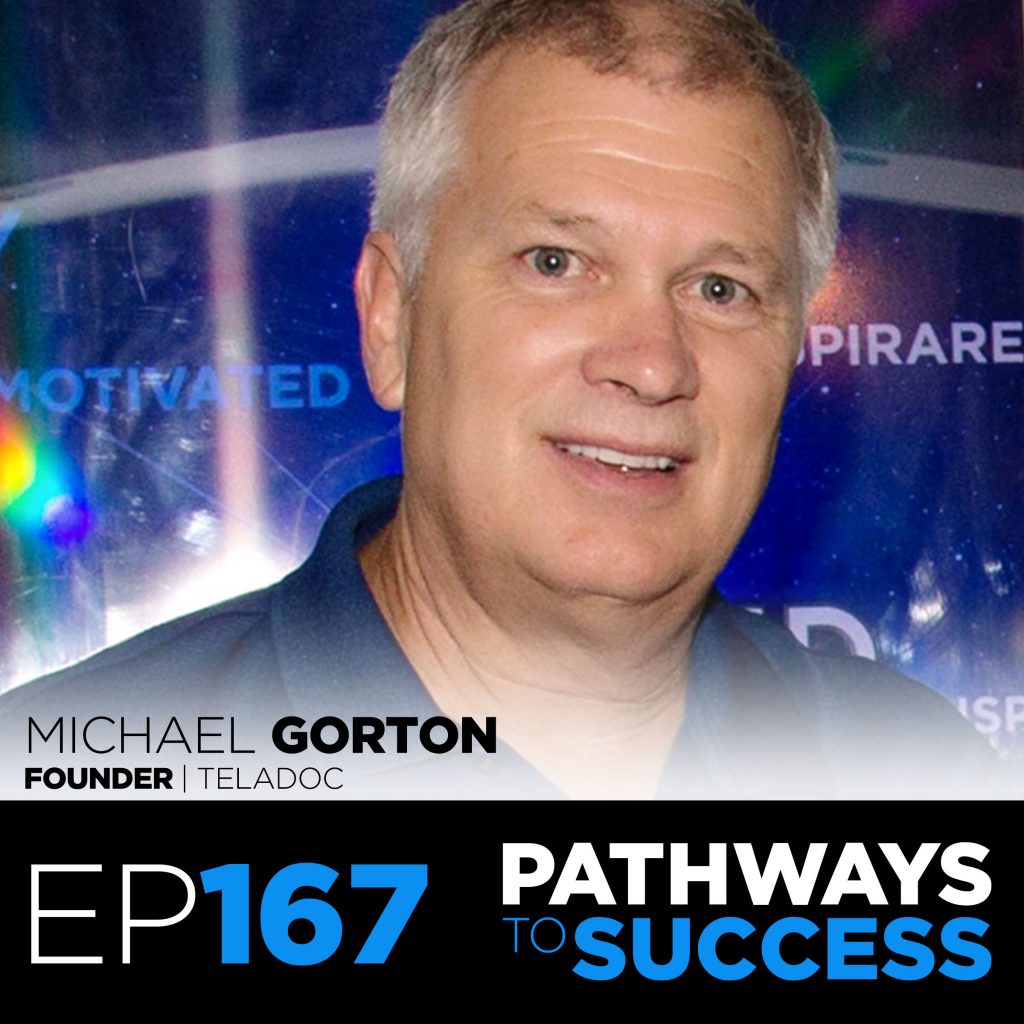 My interview with Teladoc Founder and 12x Serial Entrepreneur, Michael Gorton.
Needless to say, I was blown away by our conversation!

On this episode, we discuss:

– How to know if you’re an entrepreneur
– Lessons from building 12 companies
– “The early bird gets the worm but the second mouse gets the cheese.”
– Pricing and valuing your business
– How to succeed as an entrepreneur
– How Michael defines a life well lived
– Is work life balance a myth?
– Michael’s daily routine for success
– How to increase self-awareness
– Ultimate keys to success in life and business

As CEO, Chairman, and Founder of Teladoc, Gorton created and led the healthcare services company that would go on to be named by MIT as one of the Top 50 Smartest Companies in the World in 2015. Teladoc is now the world’s leading telemedicine company with a $5 billion NYSE market cap. Following Teladoc, Gorton was the founding CEO of Principal Solar, a public company he led to become one of the thought leaders in the solar industry worldwide, that delivered nearly 400 megawatts of sustainable electricity, enough to run approximately 70,000 American homes. With Internet Global, he led the company from concept to the #1 ranked Internet provider in North Texas and the construction of the world’s first DSL network and one of the first national VOIP networks.

Gorton is currently a founding CEO of Back To Space, LLC (B2S), a for-profit company with not-for-profit benefits. B2S has four Apollo era astronauts on the team, including Buzz Aldrin, Walt Cunningham, Charlie Duke and Alfred Worden. The Company delivers a weekly Space News Flash, and is developing a TV show that has enlisted renown executive producers: Christopher Cowen (Apollo 13, The Decade Series, and Magnificent Desolation), and former Chairman of the Television Academy Hayma Washington (The Amazing Race, Honey I Shrunk the Kids, and Naked Science).

Michael’s startups have created more than $6 billion in wealth. Michael holds a JD in Law from Texas A&M University School of Law, a BS in Engineering from Texas Tech University, and an MS in Physics from The University of Texas at Dallas. He has established his status as a Thought Leader and best-selling author through numerous awards, more than 20 white papers, 100+ articles, five novels and one business book on M&A transactions. His historic fiction novel Forefathers and Founding Fathers became an Amazon #1 best seller. Michael has run eighteen marathons, is working on his 3rd degree black belt in karate and has completed a 4,800-mile bicycle adventure across the US.  He and his family have a goal of climbing the highest point of elevation in all 50 states. They have completed 41.